01BEGINNER'S HANDBOOK
02RULES
03PLOT
04RANKS
05MENTORSHIP
06REPUTATION / MISSIONS
07QUIRKS AND ABILITIES
08NPC GUIDELINES
09WHO PLAYS WHO
10THREAD INBOX
QUICK NAVIGATION
A MY HERO ACADEMIA ROLEPLAY
FIGHT FOR JUSTICE
Fight for Justice is an AU My Hero Academia roleplay website that aims to an entertaining and immersive experience for everyone interested in jumping in the adventures of the series. We offer a pleasant and innovative environment with a simple, yet an elegant system to let players not concern themselves with stats and number but rather focus on storytelling and other engaging opportunities to plot with other members. Our staff is friendly and helpful; we'll do anything we can to make sure your stay here is as close to perfect as possible. What are you waiting for? Join us and go beyond! Plus Ultra! 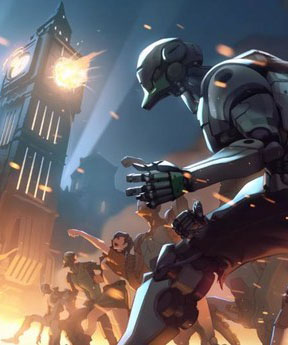 ATTACK ON NOYOTE
Terminator Island - otherwise known as Noyote - was an interesting choice for a field trip. Nonetheless, as an attempt to widen the horizons of their students, the faculty at U.A decided to take their charges on a brief adventure to a technologically massive facility. It was on this facility that they encountered the leader of MOONshot, Mangetsu, who was eager to introduce the students and staff to his newest development: Robots meant to aid heroes on the field, if not hopefully replace them in life-threatening situations. Unknown to Mangetsu and the students, however, Mangetsu’s apprentice, Selene, had contacted several villains with the intent to not only sabotage Mangetsu, but use his newer inventions for ulterior purposes.

It all culminated in one night. An attack was launched by Selene and the villains, turning the once peaceful sparring robots into deadly opponents. As students, heroes, and even wayward vigilantes fought to keep themselves and other civilians safe, sinister forces began planning their next move. Hours later, Selene and the villains would converge on MOONshot HQ as more high powered bots were unleashed; During this breach, U.A teacher Morinji Shu and notable Bane Cutthroat would duke it out in an all out battle while other heroes, staff members, and vigilantes tried to deal with Selene’s plot.

As the battle reached its climax, an unexpected visitor dropped in: An entity later known as the Beehemoth appeared, and began fighting - and seemingly defeating - both Cutthroat and Tanuki. However, the monster was defeated by their combined might - albeit at the cost of Tanuki’s life. As Cutthroat retreated into the shadows and morning once again greeted what remained of Noyote, the world found itself shook to the core. A new power was rising somewhere on the horizon… and it certainly spelled trouble not only for U.A, but for the world as a whole.

where credit is due

FIGHT FOR JUSTICE was created in the Summer of 2017 by Nico and its original content is owned by him and the FIGHT FOR JUSTICE staff team, all images are credited to their respective owners.

Many thanks to PHARAOH LEAP for the FIGHT FOR JUSTICE's base skin layout and code.

Oops, there was an error!

The board you are trying to access could not be found.